A company may undergo an internal/external compromise or arrangement due to a number of reasons, the most common being, to keep up with the pace of dynamic market. Nonetheless, the result of such decision attracts legal liabilities, obligations and compliances under Companies Act, 2013 (“the 2013 Act”).

The National Company Law Tribunal (“NCLT”) acts as a watchdog here and exercises supervisory jurisdiction over the same. Its duty is restricted to check upon the legality of the scheme and it have no say to rule upon the commercial decision of such company.

Therefore, this article is divided into two parts, first, it presents a comparative analysis between the Companies Act, 1956 and the 2013 Act, wherein it states that, more or less the scope of NCLT’s power is same as the  Company Law Board’s power. Second, it discusses the judicial development upon the issue, particularly highlighting the case of Miheer H. Mafatlal vs. Mafatlal Industries Ltd. To conclude, the article states that the power of NCLT to supervise and modify the scheme of arrangement does not interfere with the commercial wisdom of the company undergoing the same.

Introduction: Section 230 and 232, the 2013 Act broadly describes the procedure of making a scheme of arrangement. Herein, none of the scheme can be executed unless the NCLT approves it with due regard. The debate here arises with respect to the scope of inference by NCLT while reviewing such scheme.

The present article asserts that the scope of NCLT’s power under section 230 and 232 of the 2013 act is limited in nature and is restricted to check compliances under the law. It does not go into the depth of commercial wisdom employed by the company behind such scheme.

Background: When the 2013 Act is compared to that of 1956 Act, Company Law has not developed much in terms of power given to the Tribunal to supervise and modify the scheme of merger and amalgamation. The only difference that can be traced is in terms of the institution, i.e. in the 1956 act, this power vested with the High Court of competent jurisdiction u/s 392 of the Companies Act, 1956. Later, the power was substituted to be vested with the Tribunal, by the Companies (Second Amendment) Act, 2002. Presently, Section 231 deals with such power which is vested with the National Company Law Tribunal.

Concept in Brief: The extent of power given to the National Company Law Tribunal, (Previously, the High Court/Company Court under The Companies Act, 1956) has been a matter of debate in the past, which can now be said to be settled with respect to the judicial development on the same. It is inferred that, the scope and extent of the power is mere supervisory that is, broadly looking at the fulfillment of legal compliances and public interest[1]. This can be done by applying broad principles which are inherent in any settlement, i.e.  of fairness, public policy and conscious[2].

It is pertinent to mention here that such decisions could route from various factors including but not limited to expansion, tax saving, alteration of share capital etc. Thus, legal compliance is the procedure in such scheme and is not the very basis of such scheme. The scheme of merger and amalgamation in essence, is purely a business decision and is a consequence of commercial wisdom of the company, therefore the Tribunal must not go beyond such decision[3].

Additionally, the court have no further jurisdiction to sit in appeal over the commercial wisdom of the majority of the class of persons who with their open eyes have given their approval to the Scheme even if in the view of the Court there would be a better Scheme for the company and its members or creditors for whom the Scheme is framed[4].

Scope of Power vested in NCLT:

Apart from these broad settled principles, the following criteria’s to elaborate the scope and extent of the power of NCLT was discussed in the case of Miheer H. Mafatlal, as cited above.: –

Conclusion: The scope of NCLT’s power while adjudicating a scheme of arrangement is ideally limited to keep a check over potential violations of law and to ensure interest of stakeholders. The NCLT cannot overshadow the company’s commercial wisdom to rule over the very need for such arrangement. It thus works as a watchdog, without a much say in commercial aspect of the scheme. 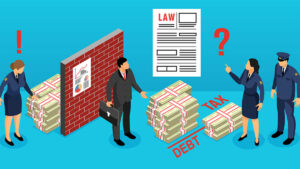 1. Abstract In today’s age of cross-border trade and globalization, various issues arise after the bankruptcy of a company that has asset 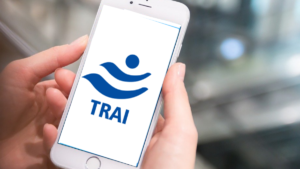 Abstract The telecom sector in India has witnessed a mammoth change in infrastructure and policy decisions, which has largely been responsible for 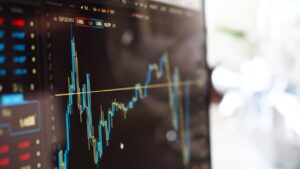