In the 2021 budget presentation, Nirmala Sitharaman the finance minister introduced the formation of Bad Banks as a solution to resolve NPAs. A pandemic-hit economy has led to rising NPAs in the Public Banking Sector. The familiarity of the economy with Asset Reconstruction Companies and its modalities has already prepared the country for a Bad Bank structure that would considerably lessen toxic assets from banks to promote vitality and growth.

The authors study the viability of Bad Banks in resolving the NPA crisis with special reference to the Public Sector Banks. The manuscript discusses how the formation of a structured framework for Bad Banks would be viable for the Public Banking Sector and the economy at large. Comparisons from an International model of a Bad Bank along with other past suggested schemes from Indian organisations and specialists have also been analysed to study the optimal model for the creation of a Bad Bank structure in India. The manuscript highlights how effective legislation, a sound regulatory framework, and an efficient structure for Bad Banks in India could effectively act as a long-term solution for the NPA woes of the Public Banking Sector.

Introduction to the Study

Bad Banks, also often referred to as an Asset Management Company is a type of corporate structure that are created to insulate illiquid or high-risk assets, traditionally non-performing loans or assets that are retained by any bank or other financial organisations

With the accumulation of a significant amount of bad loans or non-performing assets (hereinafter referred to as NPA), it becomes tedious for banks to generate capital. In this case, most financial organisations establish a bad bank to deal with such financial discrepancies. After buying out these high-risk loans and assets, the bad bank disentangles and terminates them over a set period.

With the onset of the Coronavirus pandemic, the financial health of the domestic economy dipped massively and the NPA crisis continued to worsen. This affects the credit capacity of the banks and weakens the Indian banking sector at the roots.

Sensing this impending crisis, the Indian Government has taken various measures to remedy this situation. One initial positive measure adopted was the formation of the Narasimham Committee in the 1990s. The reports of the Committee focused on “identifying the evil impacts of this upcoming danger in the form of bad debts”[1]

Recently, in the 2021 budget, the Finance Minister suggested a framework of bad banks to resolve the woes of the NPAs. This study analyses how a strong and comprehensive framework of introducing Bad Banks will help resolve NPAs in the economy to forge the way ahead.

With the Covid pandemic being a looming threat to domestic financial health, the country was eagerly looking forward to creative solutions from the Budget 2021. Nirmala Sitharaman introduced the structure of an Asset Reconstruction Company (hereinafter referred to as ARC) and an Asset Management Company (AMC). These would be set up to take on and resolve the NPAs of the PSBs and ultimately consolidate it. The ARC and AMC take over have been presented as Bad Banks. The proposal hypothesis suggests that with the creation of Bad banks the hindrances of the PSBs would be resolved

The Covid-19 financial depression affected PSBs like Punjab National Bank, etc extremely adversely. “Anywhere from 16.2% to 17.6% of all the money that these public sector banks have lent are unlikely to return or are under stress.”[2] Forecasts[3] suggested that the rising NPA trend in PSBs would continue to worsen over time. As an antidote to this predicament, the proposal for Bad Banks was suggested.

The proposition of Bad Banks in India is akin to the ARCs in the Western counterparts with a different execution. After the takeover of NPAs by the Bad banks, these sour loans or assets are removed from the balance sheet of the “good” bank. After the takeover, the bank performs its regular functions while the Bad Banks liquidate the NPAs over a period of time.

Analysing the current scenario, an effective model of Bad Banks would be an optimal solution to take on the NPAs plaguing the Government Sector Banks. The contraction in the economy because of the nationwide lockdown has had a long-lasting negative impact on PSBs. According to a Macro-economic Stress Test executed by the RBI, “The bad loans of Indian banks could rise to anywhere between 13.5% and 14.8% of total advances by September 2021, from the current 7.5% as of September 2020”[4]

Banks and Financial Institutions are the stimulators of a healthy economy. They are one of the main formal channels of credit. This is especially significant for PSBs as they cater to a varied stratum of society. For the post-pandemic recovery of the NPAs and other financial woes of PSBs, it is important to develop a multi-tier framework that absorbs these sour loans.

Recognising this, the RBI has supported the creation of bad banks. RBI Governor, Shaktikanta Das advocated for the creation of the same by stating, “Bad banks have been under discussion for a long time, we are open to looking up any proposal on bad banks.”[5]

A Structured Framework for Bad Banks in India: An Inspiration from

The introduction of Bad Banks similar to the ARCs and AMCs is an idea that conceptualises well on paper. However, for effective execution, it is pertinent that the Government design and implement a structured regulation or framework for Bad Banks.

There have been apprehensions against this system, with eminent financial experts[6] stating that the creation of bad banks would just shift the NPAs from one government holding to another. However, a multi-tier comprehensive structure for Bad Banks in India could resolve the NPA’s woes over time. The Indian Bank Association has suggested a two-tiered Bad Bank Structure.[7]

At the first tier, an ARC would be backed up by the Government. The ARC would issue Security Receipts in turn for buying bad banks. The second structure would consist of an AMC operated by the private sector.

While building a regulatory framework and structure for Bad Banks in India, there are various International counterparts that India could take inspiration from. One significant structure that boosted vitality in the domestic economy is the German case. In the financial year of 2008-09, there was an impending global financial crisis in Germany. While the crisis was mainly restricted to the export and manufacturing structure, certain portions of the banking sector were also exposed.

A structured AMC and Bad Bank were significant in repairing the economy of Germany. In 2006, Bad bank Berliner Immobilien Holding (BIH) was set up. The Bank would resolve the NPAs of Berliner Bankgesellschaft[8] However, soon the financial bubble of 2009 hit Germany, and legislation for setting up Bad Banks was set up. A significant aspect of this model was that it did not burden the taxpayers much.

The German Government designed two structures of Bad Banks. one would serve the private sector and one would serve the public sector. This would be exceptionally significant for India. The two systems could be customisable to assess the needs of each sector and remedy its predicaments. The bonds of the Private Sector Banks were guaranteed by a Government institution – SoFFin. The banks were charged an initial fee and an annual sum in exchange for this guarantee.

For the PSBs, a “Consolidation Model” was set up. “Under the said model the public banks could transfer not just stressed assets but also another type of assets including business divisions which has lost their profit-making ability”[9].

Later under FMSA and SoFFIN, Germany developed FMS Wertmanagement. This AMC was designed to deal with the NPAs of a particular group that was nationalised in 2010. The portfolio was later transferred to FM. The diversified portfolio along with a specialised skilled staff assisted the success of FM in Germany.

Similar to Germany, a successful Bad bank proposition needs professional and independent institutions that can design a good business model in sync with the government. A strong and effective model has the capacity to not only addresses the steadfast rising NPAs of the PSBs, but it can also resolve the “twin balance sheet problem”.

The creation of Bad Banks as a weapon against NPAs is a strategy that has been continually brought forward in India. The continually rising NPAs have led to the creation of a vicious cycle. The conducive environment along with the specialised expertise of resolving NPAs is the strength of Bad Banks. Many countries across the world have intricate systems of Bad banks to deal with the financial crisis of their domestic banking sectors.

“Securum” was a bank that was set up in Germany in 1992 to take over and dissolve the assets of a commercial bank. There are various other successful examples of Bad bank models scattered across the world.

A similarity among each of these Bad Bank strategies was that they had a comprehensive structure and a regulatory framework. This was an eminent factor in the success of the Bad Bank. Thus, the Indian Government must introduce a sound structure in order to ensure maximum efficiency. The structure of the Bad bank would be reliant on the nature of the crisis in India. The German division of Bad Banks for the Public and Private banking Sector was successful in dissolving toxic assets. It was also successful in catering to the unique needs of each sector

Also, for the creation of a bad bank structure, the government must play a regulatory role with regulatory control. With the monetary involvement of specialised individuals and the Private Sector, the bad bank strategy will be effective in controlling NPAs without hurting the taxpayers.

The creation and development of existing AMCs and ARCs is a step in the right direction. However, the government still has to go a long way concerning building a regulatory framework, strong legislation and an effective structure for the development of Bad Banks in India

[2] What is ‘bad bank’ and can it resolve NPA woes? – Times of India The Times of India, https://timesofindia.indiatimes.com/business/india-business/why-bad-bank-could-be-a-good-move-for-an-ailing-

[6] Explained: What is a bad bank and can it cure the virus-induced NPA problem? cnbctv18.com, https://www.cnbctv18.com/finance/explained-what-is-a-bad-bank-and-can-it-cure-the-virus-induced-npa-problem-5892601.htm (last visited Mar 21, 2021) 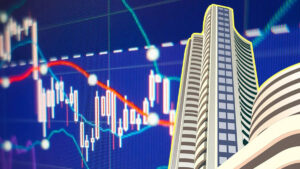 ABSTRACT- A stock market is a public market that facilitates the purchase, sale, and issuance of publicly traded firm shares. The major 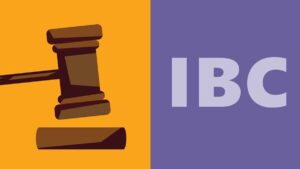 CIRP: An analysis of its success rate with numbers 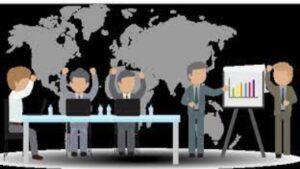 Critical analysis of the legal framework of corporate governance in India

Introduction Corporate governance is the framework for managing and directing businesses. The governance of corporations is the responsibility of the boards of