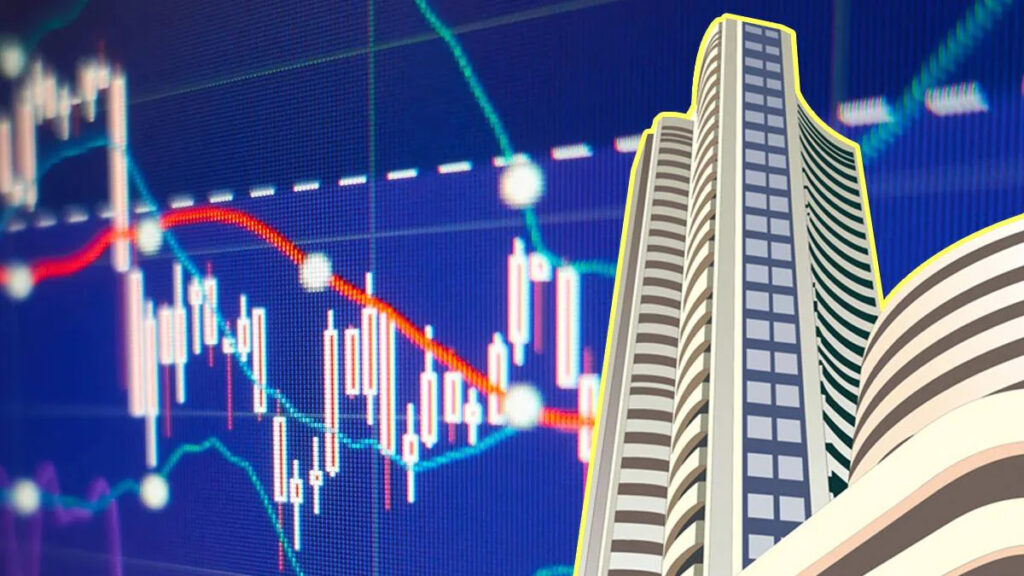 A flourishing stock market is an indicator of the prosperous economic conditions of any country.[1] The stock market can be affected by various kinds of factors, it can be environmental, economic, social, political, or any other kind of events which has either direct or indirect impact on the stock market. These events not only affect the market but also determines the increase or decrease of the stock prices. Political events especially give instability to the stock market and therefore, have a direct relationship with the same. Some events will affect the market immediately, while others slowly drip into the soup of a company’s valuation.

The stock market is affected by anything and everything, it can be weather, tariffs, elections, wars, border issues, terrorism, and many more. Till now globally, there have been 50 stock market crashes out of which the worst circumstances that were noticed were during the Wall Street Crash of 1929, the 9/11 US attacks, and the 2020 Covid-19 pandemic.

The stock market refers to public platforms for issuing, purchasing, and selling stocks that exchange over-the-counter or on a stock exchange.[2] Stocks, sometimes known as equities, represent partial ownership in a corporation, and the stock market provides a marketplace for investors to purchase and sell such investible assets. A well-functioning stock market is crucial to economic growth because it allows businesses to swiftly acquire funds from the general public.

The Bombay Stock Exchange (BSE) and the National Stock Exchange (NSE) are India’s two primary stock exchanges, where the majority of trading takes place (NSE). The NSE, which was founded in 1922 and is based in Mumbai, is India’s major stock exchange for buying and selling shares of publicly traded firms. NIFTY50 is the flagship index of the NSE. This index is frequently utilised as an indicator of the Indian capital markets by investors in India and throughout the world.

The Securities Exchange Board of India (SEBI) is the Indian stock market’s regulating authority. SEBI’s major goal is to safeguard retail investors’ interests, encourage the growth of stock exchanges, and supervise the actions of financial institutions and market participants. SEBI ensures that stock exchanges (BSE and NSE), brokers, and sub-brokers operate fairly, that corporate entities do not use markets to unfairly benefit themselves, that small retail investors’ rights are protected, and that large institutional investors with large sums of money do not intend to manipulate markets.

The “Roaring Twenties,” as the decade was called, was a time of tremendous economic and social progress in the United States. The era came to an end in a spectacular and sudden manner in October 1929, when the stock market fell, ushering in America’s Great Depression of the 1930s. Economic turmoil continued in the years after, with the US economy contracting by more than 36% from 1929 to 1933, as measured by Gross Domestic Product (GDP). Many American banks collapsed, causing consumers to lose their funds, while the unemployment rate rose to nearly 25% as employees lost their jobs.

To stabilize the market, institutions and financiers intervened with bids above the market price, and the damages on that day were minor, with equities recovering over the next two days. Despite the fact that the prices of many huge, blue-chip stocks fell, smaller firms suffered considerably more, prompting several to declare bankruptcy. Many speculative stocks have been taken off the market. The stock market crash and the Great Depression that followed (1929-1939) had a profound influence on practically every aspect of society, changing an entire generation’s outlook and connection with financial markets. In some ways, the period after the market crash was a complete reverse of the Roaring Twenties’ mindset, which had been marked by enormous optimism, strong consumer purchasing, and economic expansion.

The New York Stock Exchange (NYSE) and Nasdaq (global electronic marketplace for buying and selling securities- National Association of Securities Dealers Automated Quotations) did not open for trade on September 11, 2001, when terrorists attacked the World Trade Centre and the Pentagon. At 8:46 a.m., American Airlines Flight 11 collided with the World Trade Centre’s North Tower, while United Airlines Flight 175 collided with the South Tower at 9:03 a.m. Later that morning, a passenger aeroplane slammed into the Pentagon, and passengers in Shanksville, Pennsylvania, brought down a fourth hijacked plane destined for Washington, D.C.[3]

The NYSE and Nasdaq stayed closed until September 17 in anticipation of market disruption, panic selling, and a catastrophic loss of value in the aftermath of the attacks, the longest lockdown since the Great Depression.  Furthermore, many trading, brokerage, and other financial businesses had offices at the World Trade Center and were unable to operate in the aftermath of the deaths and fall of both buildings.

When trading reopened, major stock sell-offs struck the airline and insurance industries. American Airlines and United Airlines were the worst impacted, with planes hijacked for the September 11 terrorist attacks. Gold prices jumped over 6% to $287 per ounce, showing investors’ fear and flight to safety. Gas and oil prices soared as worries spread that Middle Eastern oil shipments will be restricted. As no other assaults emerged and crude oil shipments to the United States continued uninterrupted, these prices rebounded to roughly pre-attack levels within a week.

The bulk of global stock markets has experienced trillion-dollar losses, forcing international financial organisations to lower their growth forecasts for 2020 and the years beyond. The vulnerability of stock markets to various hazards, such as the global financial crisis of 2008, which drove these markets into a melting position, is the fundamental cause of this extreme collapse. In comparison to the SARS virus, which spread in 2003, the current pandemic has had a significant impact on global stock markets, as China has made tremendous progress in the last 17 years and is now recognised as the world’s leading economy and a global production hub, producing highly desirable technology products.[4]

The Russian invasion of Ukraine on February 24 sparked significant policy decisions and market movements throughout the world. The Russian ruble continues to fall to new lows, and the Russian stock market has been closed since February 25, while oil prices have risen beyond $130 a barrel for the first time since 2008, and gas costs have risen to new highs. The UK has vowed to wipe out Russian oil supplies by the end of the year, while the EU has announced a new energy security proposal concentrating on LNG and pipeline gas delivery to shift supply away from Russia.

The invasion of Ukraine by Russia will cause the global economy to stall and inflation to rise. For US corporations, the Russia-Ukraine situation poses the risk of a low profit. An oil price shock, along with a central bank shift focused on inflation, might weaken investor morale even further. The macroeconomic impact is mostly seen through commodities markets, according to J.P. Morgan Research, whereas financial ties between Russia and the rest of the globe remain very limited.[5] Domestic Russian banks are the most vulnerable to sanctions, followed by European banks having local legal companies in Russia. As central banks deal with inflation expectations, tightening monetary policy remains a significant risk for markets. Additional fiscal stimulus, such as a drop in the US gas tax, may be considered by policymakers.

Major world events have a crucial impact to play on the economy, the financial aspect of the nation, and especially, on the stock market. One of the major events that impact the stock market is either the political environment of the country or the presidential elections (in the case of the USA). Impact of stock market not only affects the corporations but also the consumers, individual investors and the nation’s economy as a whole. The securities market is critical for market economies’ progress, stability, and strength, and the sturdiness of the stock market determines an economy’s development.